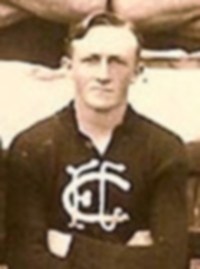 Born in Rutherglen, George Bolt was a pugnacious rover-forward who came to Carlton from our VFA neighbours Brunswick in 1922. The following year, his career at Princes Park was cut short when he was suspended by the club committee after a regrettable incident at a post-match function.

Bolt made his first appearance for the Blues against Essendon at the Napier St. oval (later christened Windy Hill) in the opening round of 1922. Wearing guernsey number 11, he played as a follower alongside another debutante; Jim Fraser, on a day when the Blues couldn’t match the Same Olds’ cohesion in attack, and went down by 18 points. In subsequent weeks, George was tried in various roles at both ends of the field, before settling into a back pocket late in the year. 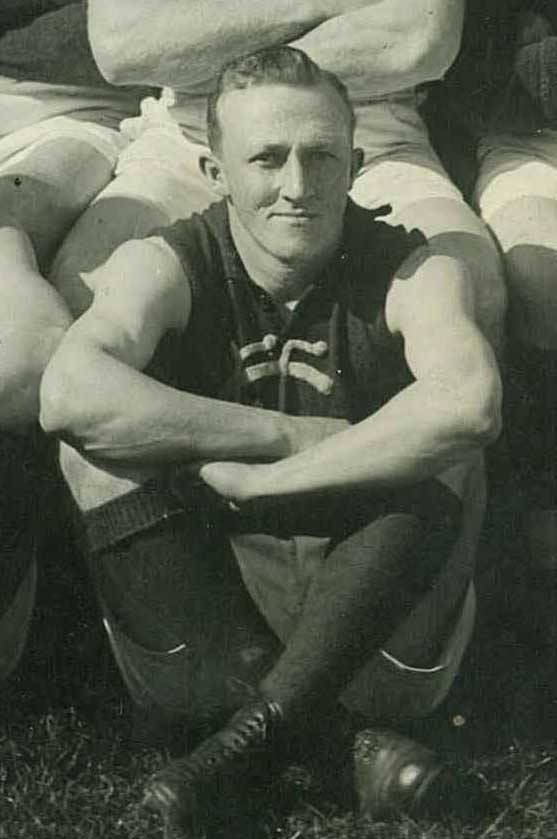 Carlton finished that season fourth on the nine-team ladder, and booked another bout with Essendon in the first week of the finals. This time, Carlton put up more spirited resistance, however inaccuracy in front of goal proved costly. Essendon finished the stronger to win by five points, while Bolt stood out for the Blues in a defence under siege all day.

Carlton should have built on that encouraging performance in 1923, but the year was a disaster. By late June the Blues were languishing at the foot of the VFL ladder, with just one win from seven games. Then dissension among the playing group and waning confidence in captain-coach Horrie Clover broke into the open in August, after Carlton suffered yet another heavy defeat by Essendon at Napier St. in round 13.

At an after-match function, Bolt and his team-mate Jack Morrissey became embroiled in a heated argument that culminated in a fist fight between them. Sometime shortly before - or after - that incident, star ruckman Bert Boromeo also caused a stir when he was openly critical of Clover. Having taken place in the rooms of an opposition club, these occurrences were highly embarrassing for Carlton, so swift action was taken. The next day, the club committee met and suspended all three players for an indefinite period. This spelt the end of the Carlton careers of Bolt and Boromeo, and a two year hiatus before Morrissey was able to pull the navy blue guernsey on again.

Bolt left Princes Park, and in 1925 bobbed up at Hawthorn, where he played eight matches for the Mayblooms in their VFL debut season. He then moved on to North Melbourne, and took his career games tally to 42 with another 16 matches for the Shinboners in 1926-27.

The Burnie Advocate reported August 11, 1923;
"At the conclusion of the game it is alleged that Bolt, one of the players, struck J. Wells, a member of the Carlton committee. As Carlton have lost all hope of winning this year's premiership, the suspension of the players makes little difference to the prospects of the team for this season. Boromeo declares that he is 'finished' with Carlton."