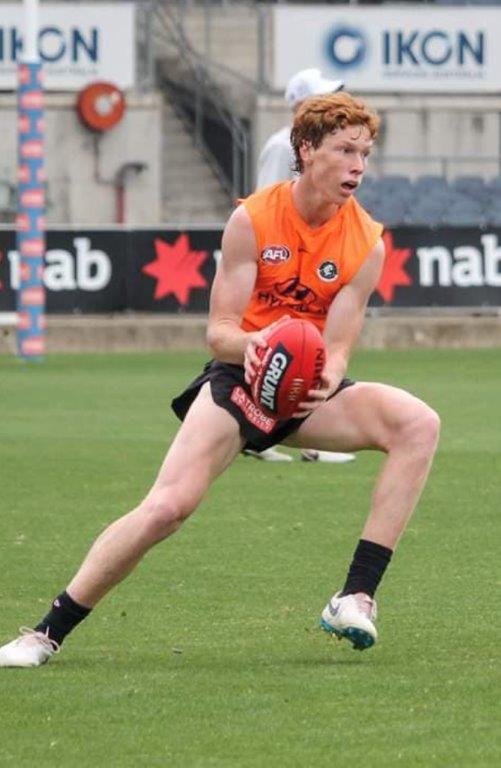 
The Blues selected Finbar O’Dwyer with pick No.66 in this year’s 2018 NAB AFL Draft. Representing the Murray Bushrangers in the TAC Cup competition, O’Dwyer has been described as a lively 190cm forward who can prove troublesome for the opposition’s defence. His reading of the game as well as his agility are his assets. Boarding at Xavier College for the last three years, O’Dwyer was one of 126 players invited to participate in the state-based combine testing sessions, as part of the 2018 AFL Combine. GM of List Management and Strategy Stephen Silvagni said he was delighted O’Dwyer will call Ikon Park home in 2019. “Fin has a great set of hands both in the air and at ground level, and he’s also got pace and agility for a player standing at 188cm,” Silvagni said. “He’s a quality young man who genuinely wants to improve in all areas and develop his football career, so we’re glad to have him on board next year.”

After the final round of the 2002 season, the Carlton Football Club informed four players that they will not have their contracts renewed for the 2021 season. Darcy Lang, Hugh Goddard, Ben Silvagni and Finbar O'Dwyer have been told that they will not be retained at the Club beyond 2020. O'Dwyer played with the Northern Bullants in 2021, he moved to cross town rivals Williamstown for the 2022 season.

O'Dwyer was recruited from the Murray Bushrangers, prior to that he played at Xavier College and Yarrawonga.