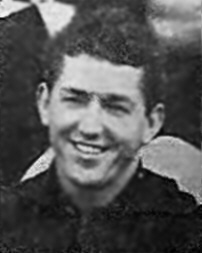 Carlton recruited 21 year-old West Australian rover David Browning from the Perth Football Club in 1955. One of thirteen young men given the privilege of representing the Navy Blues for the first time that season, Browning was selected for his senior debut against Fitzroy at Princes Park in April, and had an encouraging start to his career.

The Blues thrashed a wildly-inaccurate Maroon combination by 57 points that day, with Noel O'Brien starring at full-forward. ‘Nobby’ kicked seven goals in a match-winning display, while Doug Beasy added another four. Wearing guernsey 27, Browning shared the roving duties with Jack Mills and put in a lively effort, kicking his one and only career goal in the process.

Over the next fortnight, Browning played in a good win over St Kilda in round 4, and a disappointing defeat by Collingwood in round 5. Sent back to the Reserves after that, he came up with a couple of eye-catching performances, and earned a recall for Carlton’s round 11 trip to the Punt Road Oval to take on Richmond. By then, the Blues were ninth on the ladder and slumping badly, having lost six games straight. The Tigers were tenth and travelling almost as badly, but came out fired-up and inflicted yet another hiding on an inexperienced Carlton side.

Browning’s roving partner Kevin Bergin, young half-back John James and winger Laurie Kerr were probably the only Blues to show real ticker in that 8-goal loss, so there were four changes to Carlton’s line-up the following week. Browning was one of the casualties. Omitted again, he played out the rest of the season with Carlton’s Reserves before being let go at season’s end.

In 1956, Browning was picked up by VFA club Brighton. He gave the club excellent service over the next five seasons, during which he was awarded the Penguins’ Best and Fairest trophy in 1959.

Round 2, 1973. Carlton vs North Melbourne at Princes Park..jpg