Possibly a pioneer player in 1864.

1867 Adamson one of 10 Carlton players selected to play in North vs South match in last game of season. North won.

1868 The Argus has Adamson named as captain of the Carlton side to play Geelong on Monday 25th. May.
Adamson (captain) named in squad to play Emerald Hill at Emerald Hill, Saturday 6th. June 1868. (The Argus)

1868 Captained Carlton in the first match against Melbourne (drawn game) at the Melbourne ground.
Adamson was an outstanding player in the 1868 season.
(The Carton Story. H.Buggy and H.Bell p16) 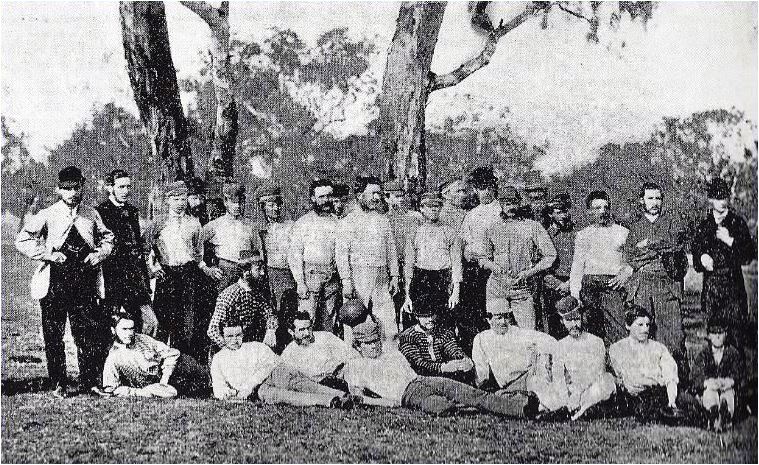 Mark Pennings in his book Origins of Australian Football Vol.1 speculates that the player holding the ball in this 1868 photo may be Dave Adamson. The only 1868 match in which Dave was named captain was for the opening game of the season against Geelong which was played at Royal Park.
Ben James is standing far left, Dave Adamson is holding the ball, Jack Conway is on our left of Adamson, Robert Robertson is the tall man in the black hat four players to the right of Adamson.