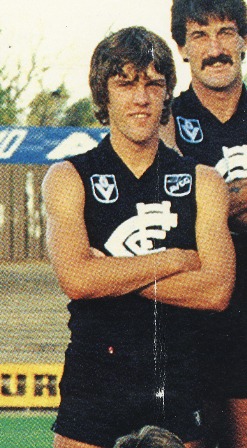 Darren Linkins was a key player in Carlton's dual Under 19's premierships of 1978 and 1979 where he was also second in the Clubs Under 19's voting in these seasons and was 6th best and fairest in the Reserves voting in 1981 when he played in 22 games. In 1981 Linkins managed to play two senior night game with the Blues. He later had a successful career in the Eastern Suburban Football League and played for a few clubs including Vermont and Mitcham.

Linkins was originally recruited from Mulgrave as a half-forward flanker.

Linkins would later head back to the play and coach in the Eastern Football League, he would become a successful coach that included the 2000 premiership with Boronia.