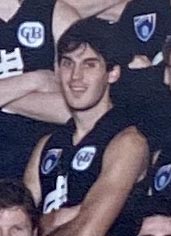 Damian Munivrana was originally recruited from Moomba Park, he started with Carlton's U/19's in 1988 in which he was also to play Reserve grade football as well. Munivrana was also selected as an emergency to the senior side in Round 21, 1991 against St Kilda. Munivrana was part of the Victoria Teal Cup squad with fellow Blue Anthony Koutoufides.

In 1992, Munivrana played the season for Preston in the VFA and played some reserve grade football for Richmond wearing No.24, he came back to Carlton for the 1993 season. A tallish wingman, Munivrana played 56 games under the Preston name, and then 15 as the Preston Knights before he too joined several ex-Preston teammates at West Preston.

Unfortunately for Damian, he never managed to crack it for a senior game. 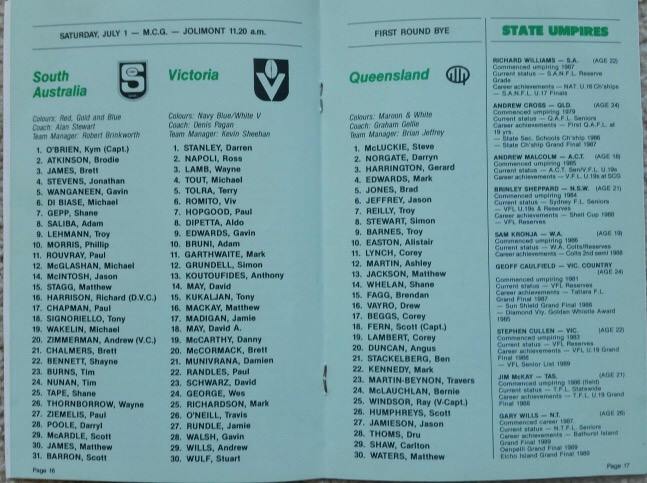