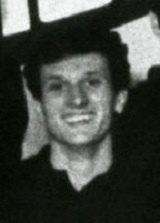 Born in Glasgow, Scotland, Bob Edmond migrated to Australia as a teenager with his family in 1963. A few short years later, he had adopted Australian Rules football and was showing promise as a ruckman-defender for Bairnsdale in the Latrobe Valley Football League. At the same time, he was also a very promising junior-level weightlifter.

In 1967, aged 18 - Edmond joined Carlton on the recommendation of the clubs’ chief recruiter in the La Trobe Valley, former Blues captain Graham Donaldson, and a tug of war between Bob’s heart and his head began. During an interview many years after his retirement from both sports, Edmond candidly explained the conundrum he faced. “Looking back as an old man now, I think I had an absolute passion for weightlifting, but not much ability - while I had no passion to play football, but a lot of ability. I’ve often wondered that if I’d put the same level of passion into football for the ability that I had, I might have been all right. But that’s the way it works.”

Wearing guernsey number 38, Big Bob played his first senior match for the Blues as 19th man against Melbourne at the MCG in round 4, 1967. He had very little impact, being sent on only for the last few minutes of a game already well and truly won. It was a similar situation in both of his other matches for the year, but he showed real potential in his first outing in 1968, when he racked up 15 disposals and 6 marks in Carlton’s big round 1 win over Geelong at Princes Park.

Edmond played the next five games in succession, before being dropped to the Reserves team after an indifferent effort against South Melbourne in round 6. He was recalled for the last time in late July, only to warm the bench once more as Carlton lost to Hawthorn. By the end of that season, despite the fact that Carlton were VFL Premiers, Bob had decided that his sporting focus lay in a different direction. Blues coach Ron Barassi (and others) tried to assure Edmond that he had a future at Princes Park, and indeed he did pull his football boots on again for the odd game of Reserves football over 1969-71, but he never appeared at senior level again.

In 1976, Edmond represented Australia in the Super Heavyweight division of weightlifting at the Summer Olympics in Montreal, Canada, finishing seventh. Four years later at the 1978 Commonwealth Games (also in Canada, at Alberta) he lifted a combined total of 322.5 kg to win a silver medal. Later still, at the Brisbane Commonwealth Games, he lifted 347.5 kg, but had to settle for silver again because countryman Dean Lukin claimed the gold with a total of 377.5 kg.
During the interview previously mentioned, Edmond was asked if he would have done things any differently if he had been given a second chance. “No,” he replied. “I played football for Carlton, I represented Australia 21 times, and I’ve been around the world.” 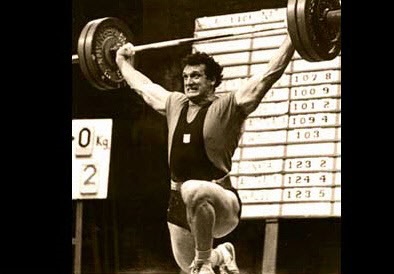 The footballing talent that Bob Edmond was born with certainly ran in the family. When Bob played his last senior match for Carlton in 1968, his younger brother Jim was not yet ten years old. Nine years later, Jim made his senior debut for Footscray and went on to captain the club for three seasons. He later moved on to Sydney, before finishing his career at the Brisbane Lions. A vigorous, strong marking half-forward, Jim Edmond kicked a total of 287 goals in 187 senior games of VFL/AFL football.