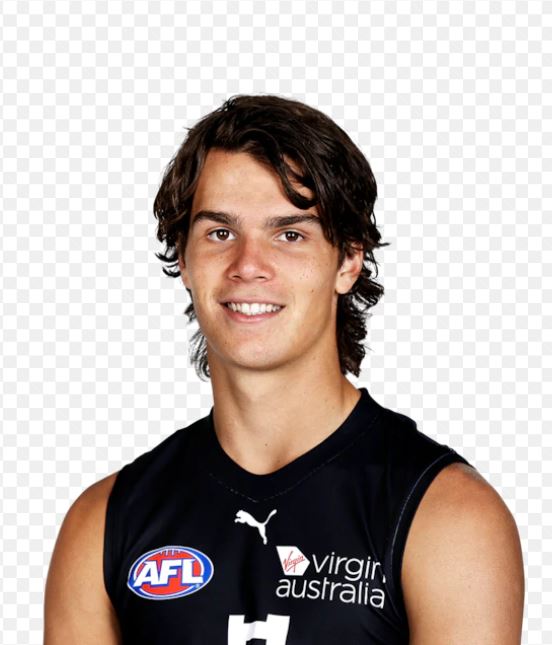 
Carlton secured the talents of Ben Silvagni on the second day of the NAB AFL Draft via the father-son selection with pick No.70. With a last name that needs no introduction to Blues fans, the addition of Jack’s younger brother Ben to the playing group will warm the hearts of the Carlton faithful. Silvagni — like his father — possesses an ability to play at either end of the ground. He began the year in the forward line for the Oakleigh Chargers, before showing some solid form for Vic Metro down back in the Under-18 Championships. A serious thumb injury sustained at training limited the second half of Silvagni’s draft year, with 196cm utility managing only three games for Vic Metro. Silvagni’s most dominant performance this year came against the Northern Knights, where the Oakleigh Chargers product accumulated 23 disposals, 10 marks and kicked two goals.

It will no doubt be a source of excitement for Carlton members and supporters to see brothers Ben and Jack pull on the navy blue together and add another chapter to the Silvagni-Carlton story. Carlton List Manager Mick Agresta said Silvagni was a great asset to the playing list. "Ben’s got key position size and we think his ability to play either end of the ground is a real standout quality,” Agresta said. “He’s got great hands and mobility for his size, and that versatility is a big asset. We know he’ll give his all for the jumper and hope he’ll be a great player for the club.” The Carlton Silvagni dynasty continues firstly with grandfather Serge Silvagni and then father Stephen Silvagni both legends at the club.

After the final round of the 2002 season, the Carlton Football Club informed four players that they will not have their contracts renewed for the 2021 season. Darcy Lang, Hugh Goddard, Ben Silvagni and Finbar O'Dwyer have been told that they will not be retained at the Club beyond 2020.

In 2021 Ben Silvagni was recruited to play for the Sydney Swan's inaugural East Coast VFL competition team, he would then transfer prior to the start of the season to rival club the Northern Bullants.

Ben Silvagni was recruited from Xavier College via Greythorn FC.