Smith played 6 games and kicked 7 goals for Carlton after debuting in Navy Blue in Season 1960. He would kick 5 of those 7 goals in a great personal game in Round 6 of his only year of senior footy, kicking half of Carlton's score against Geelong.

Interestingly, Smith both debuted and played his last game against Fitzroy. 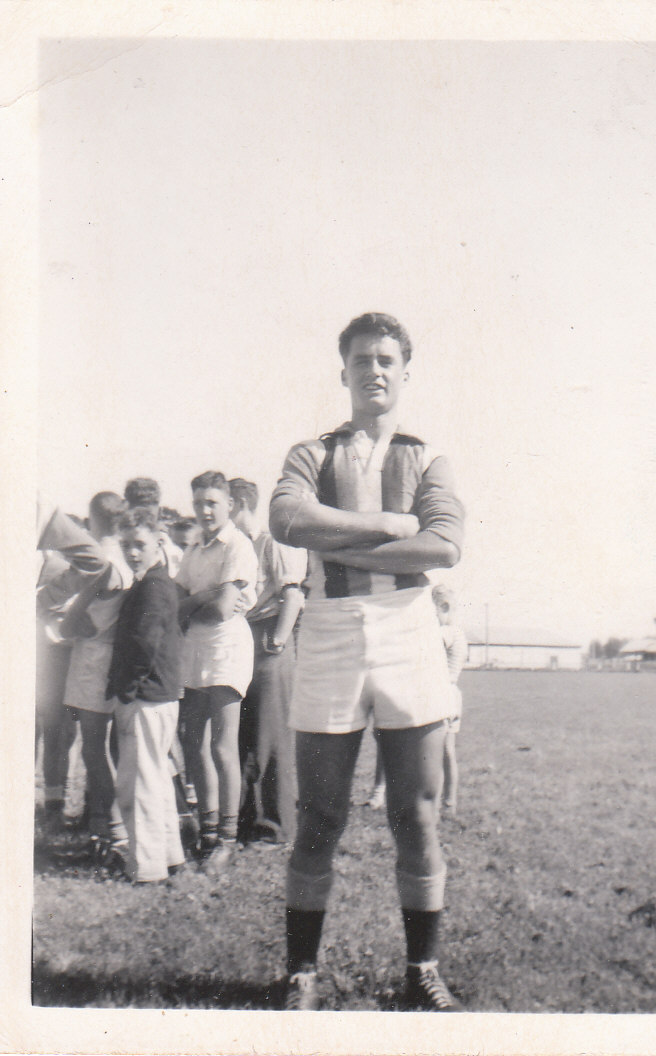 Barry Smith was cleared to Carlton from Tatura in 1959, where he was coached by ex Carlton player Keith Warburton (On April 15 he had 6 matches permits and his full clearance went thru on June 5) and played all 18 games in the Carlton Reserves, being their leading goal scorer with 22 goals, he was also judged by the Club to the best first year player in the Carlton Reserves.

In 1960 Barry played 6 games in the seniors and 11 games with the Reserves and scored 16 goals to be second in the Carlton Reserve goalscoring behind Bill Arthur (who scored 32 goals from his 18 games).

In 1961 Carlton cleared him to Footscray, where the only other Barry Smith (who was 7 months and 7 days older and recruited from North Melbourne Reserves and played 78 games finishing in 1965) to play senior football in the League and had also debuted during 1960, but in Round 11 was playing, but our Barry was transferred with his work in the C.B.C. Bank to Ballarat where he played with North Ballarat, before again being transferred with his work back to Melbourne in 1962, where he played with Coburg in the VFA.

After leaving the Coburg Football Club he was again transferred to Ballarat where he played two seaons with the Ballarat Football Club, coached by Len Templar (an ex North Melbourne player 60 games between 1954 and 1957), he then deciding to retire after being transferred back to Williamstown as manager of the C.B.C. Bank. Later he was transferred to Adelaide with the Bank and Barry coached the West Torrens Under 17's, where two of his boys to do well in AFL were Greg Anderson and Andrew Payze.

Barry is now retired and lives with his wife on the Gold Coast.

Although Barry is one of 8 Smiths to represent the Blues (including hyphens), only 1 other Smith - Peter, played more VFL / AFL games than he. The full story of all Carlton 'Smiths' is explained within this Blueseum exclusive article, available here.