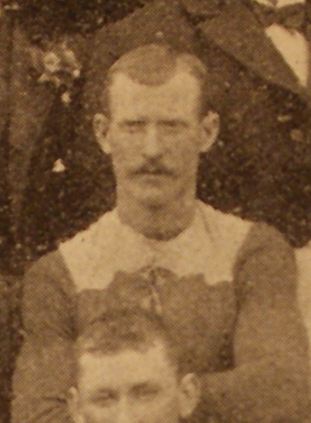 Thompson played 22 games for Carlton commencing in Season 1899. He kicked 2 goals for the Blues. Born in Williamstown, he played for Nth Williamstown, Williamstown and Carlton VFA.

Arty Thompson was the 1892 champion goal kicker of the Junior competition.

1892 April 29
Thompson named in the team squad that played a pre-season game against Carlton District.

1893 Thompson mentioned in 10 games and named in squad for the other 10 games.
Most likely he played in all 20 V.F.A. matches, plus pre season and country/interstate games.

1894 July 28
Thompson and Carlton Captain Peter Williams failed to turn up for the Collingwood match at Victoria Park.
The Argus newspaper was very critical of the two players and called on the club to sack them, "neither will again be asked to wear the Carlton colours".
Thompson's name did not reappear in newspaper reports after this incident. However some match reports are very brief and some are missing.
Peter Williams was later reinstated in the team this year, so Thompson may have been recalled.
In 1894 Thompson is mentioned in match reports in 7 games and named in another 5 team squads.

1895 May 9
The V.F.A. Permit Committee grants A. Thompson of Carlton a transfer to Williamstown.

There was another player with the same surname at Carlton in 1892 a A. Thompson