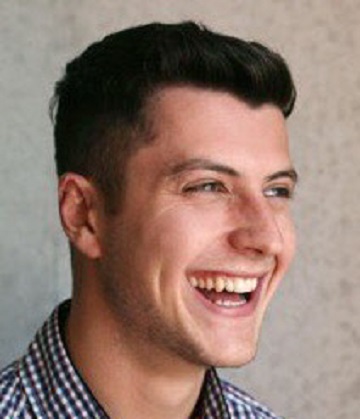 
Andrew Galluci grew up a Carlton supporter, and harboured dreams of playing AFL football in navy blue during his teenage years in the TAC Cup with the Calder Cannons. In 2012 his hopes burned bright when he was invited to the draft combine, but he was overlooked in the National Draft and it seemed that elite level football was out of reach. The following year, he accepted an offer to join VFL club Williamstown.

Galluci struggled during his first two seasons with the Seagulls however, and played only one senior game until he realised two things; one, that football was what mattered most to him, and two, that he wasn’t putting in enough of the hard yards. So, after a punishing, determined pre-season, he burst into 2015 as a tenacious, hard-tackling small forward, and kicked 29 goals in 19 matches. His highlight reel for that season features some spectacular individual goals, and he was one of the prime movers in Williamstown’s Grand Final victory over Box Hill.

On the way to that triumph, Andrew was named in the VFL Team of the Year, which brought him a second invitation to the AFL draft camp. Older, wiser and far more confident, he was able to demonstrate his ability more clearly that time, and Carlton happily picked him up with the clubs’ second round selection (number 19) in the 2015 Rookie Draft.

Starting 2016 in guernsey number 45, Gallucci was running into form with the Northern Blues by round 4, when his team hosted Collingwood at the Preston City Oval. Andrew kicked two early goals that afternoon, only to then damage a shoulder so badly that surgery was required. When he wasn’t able to get back on to the field before the end of the season his future seemed in jeopardy, but the club kept faith in him and renewed his rookie contract for 2017. Unfortunately at the end of the 2017 season Andrew's contract was not extended.