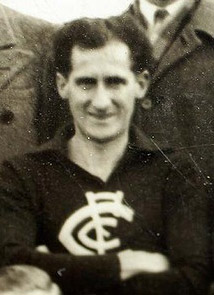 Hanton also wore Guernsey No. 13 during the 1945 season whilst playing with Carlton's reserves team.