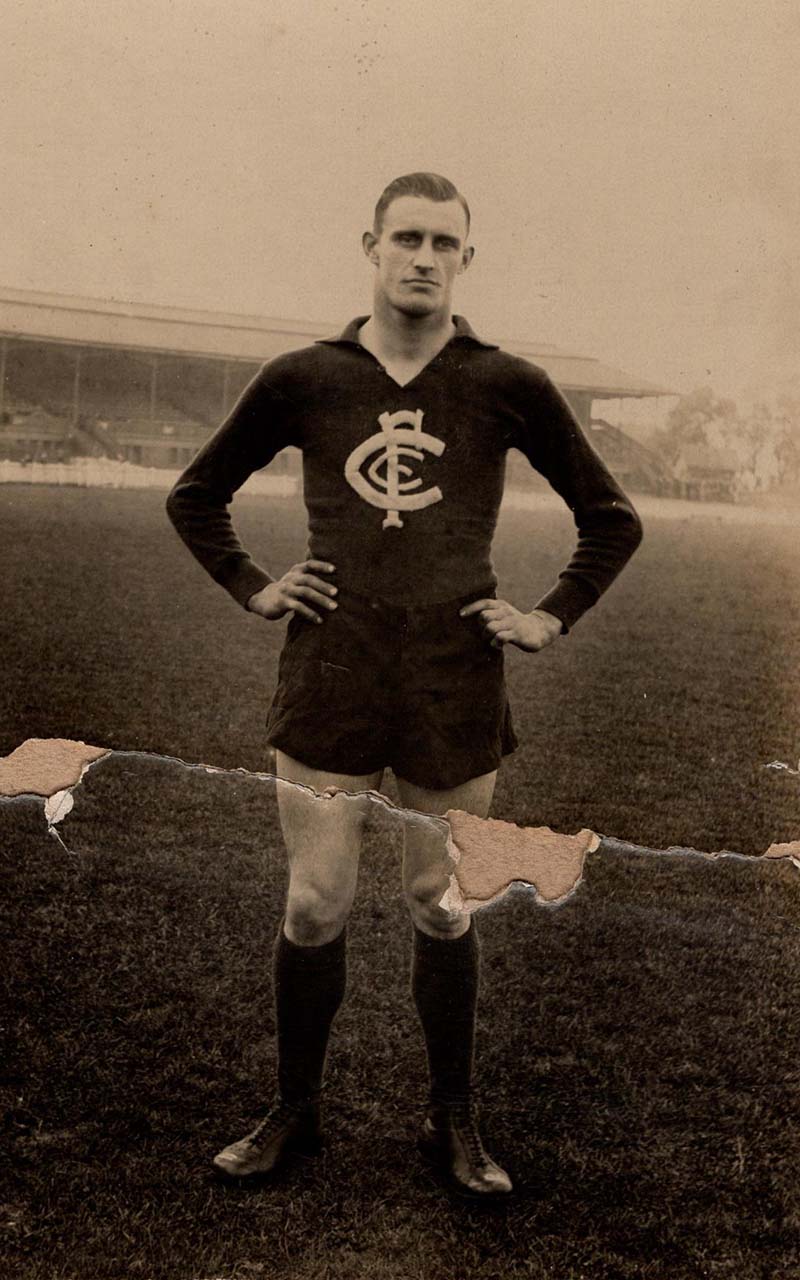 
Alby De Luca found minor fame when he kicked the first goal for Sandringham on the Zebras’ debut into the VFA. Originally from Brighton, De Luca impressed at centre half-forward for Sandringham and the Prahran from 1929 to 1933, then accepted an offer to join the Blues.

After 32 games in two years at Princes Park, Alby was on the move again; to Hawthorn, where he notched another 10 games and 9 goals in his last season.

Despite the similarity in their names, Alby De Luca is not directly related to 2003 Carlton recruit Adrian Deluca.

The De Luca family kindly lent their prized scrapbook from the 1930s to the Blueseum. In it you can see Albert's whole football career and some amazing pieces of Carlton memorabilia. Albert De Luca Scrapbook