Alan Thorpe, of an indigenous background, was drafted by the Blues in the 1995 Pre-Season Draft but was never selected to play a senior game with the Blues. This was despite Thorpe kicking 6 goals against Richmond, and taking a screamer in a Pre-Season Night Match over club captain Stephen Kernahan.

Alan Thorpe had earlier played with Fitzroy, Sydney and Footscray, kicking a total of 28 goals in 15 games.

Later a panellist on the "Marngrook Football Show" (Chan 31). He is also involved with the indigenous football club Fitzroy Stars which is based at Fitzroy FC club's spiritual home in Brunswick Street Nth Fitzroy.

Thorpe was originally recruited from Tatura. 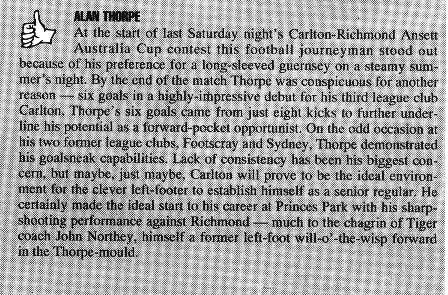 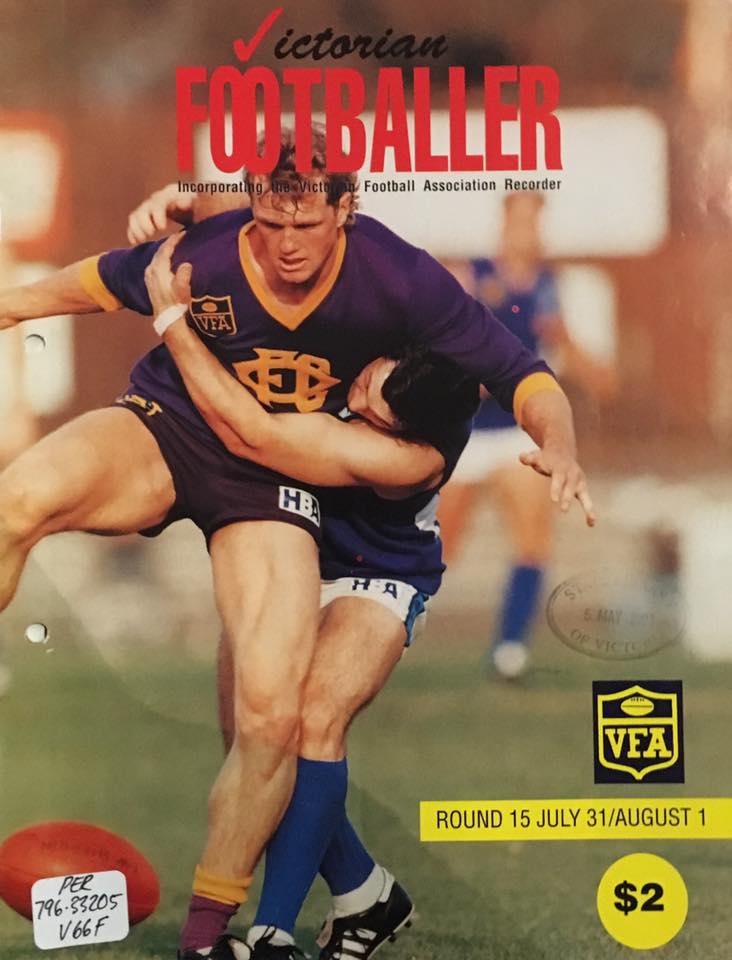 2013 - a VFL match under stormy skies at Princes Park.jpg