This was the first time Carlton and Essendon had met since the Blues surprising victory over the Bombers in the Preliminary Final of 1999. It was felt that Essendon would have triumphed over the eventual premiers North Melbourne if they could have only made the Grand Final. So after a summer of soul-searching the Bombers were focused on demolishing the opposition and were unbeaten to this stage of the season.

As it turned out, for about two and a half quarters Essendon thrashed the Blues all over the ground. Then Carlton began to score freely with the main catalyst being Lance Whitnall up forward, who seemed to enjoy playing on Essendon's full-forward Matthew Lloyd (who was moved onto Whitnall by coaching genius Kevin Sheedy). A seven goal to two last quarter by Carlton put some scares into the Bomber camp but it was not enough for the Blues to get the points. However the good form of Whitnall, Koutoufides and Allan in this match gave Carlton fans a small sign of the 13 game winning streak to follow.

Fraser Brown kept himself (and the umpires busy) by clashing frequently with his Bomber opponents, and ended the game on report for three offences. 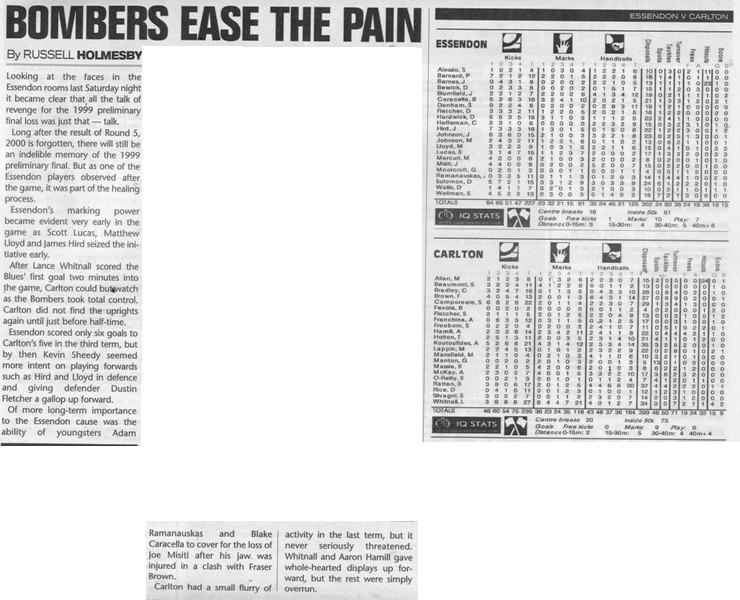