Coming into this game, both sides had experienced poor seasons. Sitting in tenth place on the ladder after seven wins, eight losses and two byes, Carlton were expected to have little trouble with the battling Brisbane Bears, whose record showed only two wins and two byes in the previous 17 rounds. The only thing in the Bears' favour was that the game was to be played at Carrara on the Gold Coast - a long way from Princes Park.

The Blues bounced out with a strong first quarter, but from then on, the Bears reeled us in, and at the last break they had surged to a four-goal lead - due mainly to the influence of their aggressive key forward Roger Merrett, who finished with five majors. A good team goal in the first few minutes of the last quarter then inspired the Blueboys, and they finished all over the Bears. But had we kicked 8.4 (rather than 4.8) in that last 20 minutes, Jon Dorotich's 100th game for Carlton would have been remembered for another great comeback, instead of a bitterly-disappointing seven-point loss. 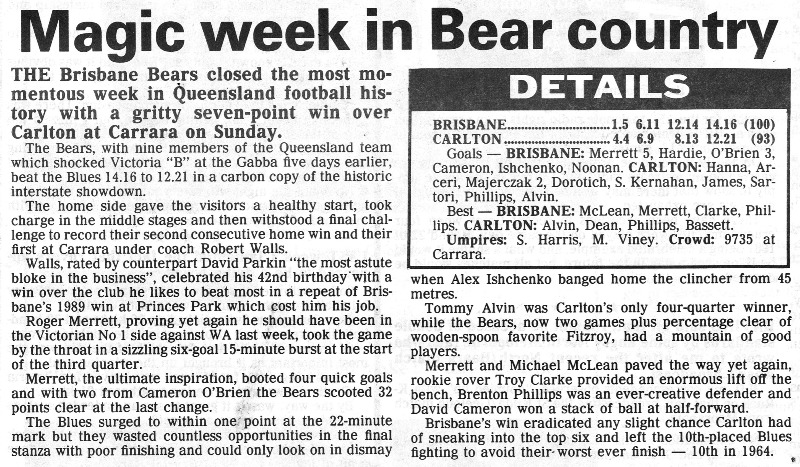