Stephen Kernahan was outstanding with 7 goals as the Blues bounced back with an emphatic win over the Bombers. David Rhys-Jones in his first senior appearance since Round 5, 1991 after ongoing knee troubles celebrated his return with four goals.

This game would be the last time that the Blues played Essendon for premiership points at Princes Park. 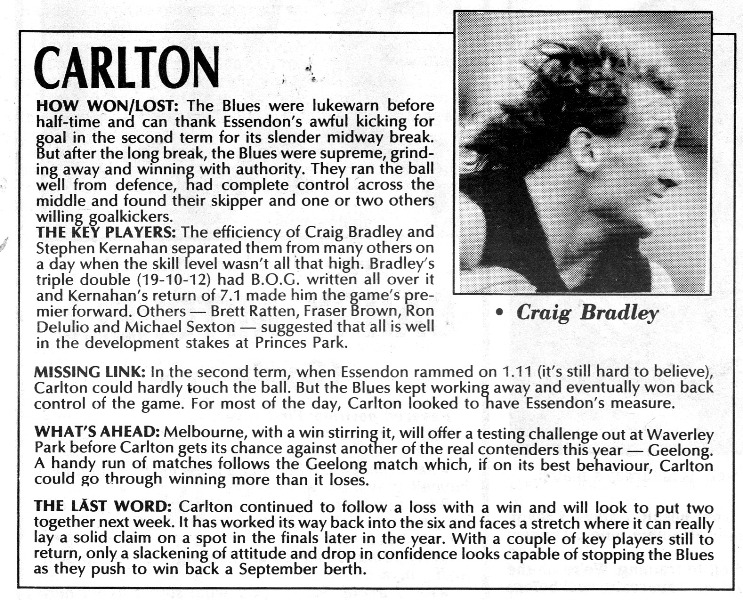