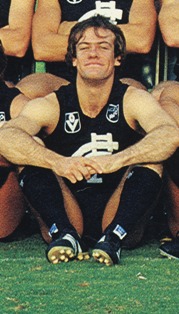 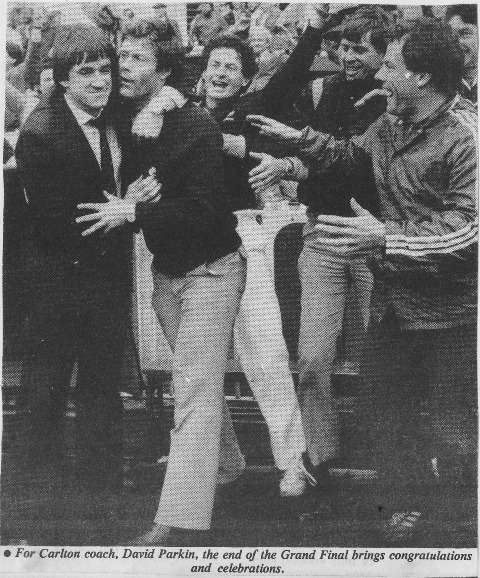 1982 Grand Final - David Parkin is hugged by Shane O'Sullivan with Brendan O'Sullivan on the right.